Govt has made it mandatory for all jewellers in 256 districts to hallmark gold jewellery from June 16. Experts say the govt needs to strengthen infrastructure to ensure the smooth rollout of the new regime. A report by ICICI Securities says that India has 945 AHCs, of which 490 were added in the last five years. 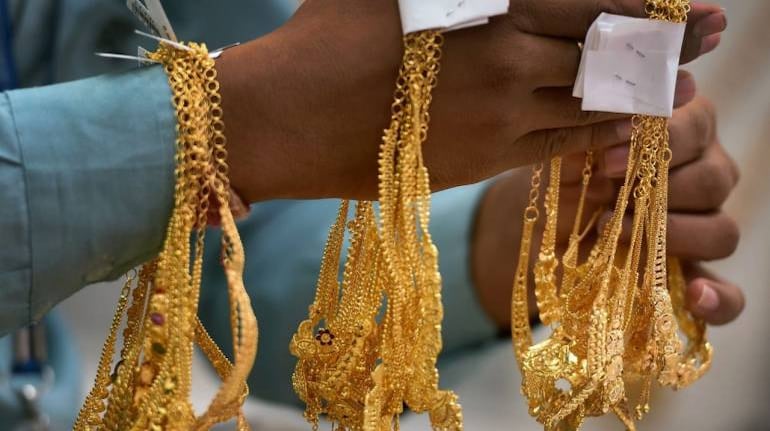 The jewellery industry is facing several challenges during the hallmarking process.

Despite being introduced after several postponements and many rounds of dialogues with industry stakeholders, the gold jewellery industry is upset with the government’s new hallmarking rules.

Earlier this week, the All India Gem and Jewellery Domestic Council (GJC), released a statement that said that lack of clarity in the new rules has caused “huge unrest in the industry.”

Nitin Khandelwal, past chairman, GJC, in a statement, said: “The minister, during the meeting on June 15, had confirmed that Hallmarking Unique ID (HUID) would only be restricted to hallmarking centres and not on jewellers. However, there still seems to be no clarity on this as the process still involves jewellers in certain elements of HUID.”

Last month, Union minister of consumer affairs Piyush Goyal and DG BIS Shri Pramod Tiwari had called a meeting with GJC. During the meeting, several key concerns related to hallmarking, including fee and registration, the applicability of hallmarking, application of HUID in assaying and hallmarking centres, were discussed.

The association now says that the government order covers only a few of the points.

At the root of this confusion is HUID. While the jewellery industry has welcomed the move towards mandatory hallmarking, the regulations around HUID has caught them by surprise.

According to jewellers, while the government had assured that the process of HUID will be restricted to AHCs, they too are involved in it, as they have to tag their inventory (each of them) with a unique ID and upload the details on the BIS website and then send it to AHCs for hallmarking.

At the hallmarking centre, the jewellery is stamped with the unique number manually.

“Every day, thousands of pieces are to be marked at the AHCs this way. This makes the process very cumbersome and time-consuming,” said Vaibhav Saraf, Director of Aisshpra Gems & Jewels, Gorakhpur, Uttar Pradesh.

Since the process is being done manually, there are also chances of a mismatch of the code, he adds.

Jewellers say the HUID process has increased the time required to get the hallmarking on jewels, creating huge backlogs at AHCs.

“Earlier, we would send products on Monday and get the hallmarked product the next day, but now we have to wait till Wednesday,” said Ishu Datwani, Founder of Anmol Jewels.

The inventory pile-up at the centres is also raising concerns about the security of the jewellery.

Other issues around hallmarking

Besides HUID, the jewellery industry is also facing challenges during the hallmarking process. Several industry stakeholders point out the limited number of AHCs, which will not be enough to hallmark the large number of pieces sold in India every year.

A recent report by ICICI Securities reveals that India currently has 945 AHCs, of which 490 have been added in the last five years.

“As per our understanding, these centres have an estimated capacity to hallmark 140 million jewellery pieces in a year (assuming 500/day and 300 working days),” said the report.

According to Statista, India’s jewellery market amounted to 260 million units in 2016 and is projected to reach 500 million by 2021.

Experts say the government needs to quickly strengthen infrastructure to ensure the smooth rollout of the new regime.

The new rules will mostly impact the smaller players and the unorganised segment of the industry as they lack funds and manpower to ensure compliance, experts say. About 70 per cent of India’s gold jewellery market is unorganised.

What are the new hallmarking rules?

The government has made it mandatory for jewellers to hallmark gold jewellery, but with some relaxation. Jewellers with an annual turnover of up to Rs 40 lakh will be exempted from mandatory hallmarking. Similarly, jewellery for international exhibitions and government-approved business-to-business domestic exhibitions will also be exempted.

Watches, fountain pens and special types of jewellery, such as Kundan, Polki and Jadau, have also been granted relaxation under the new regulations. It will also allow hallmarking of additional carats — 20, 23, and 24.

There will be no penalties until the end of August, so that manufacturers, wholesalers, and retailers of gold jewellery get enough time to comply. Also, a committee comprising representatives of all stakeholders, revenue officials and legal experts has to be formed to look into the issues that may emerge during the implementation of the scheme.